Uber in August hired David Plouffe who now directs communications at the startup. The deepening debate suggests that Kalanick might need even more experienced hands to guide him and the San Francisco-based company, which is the most highly valued technology startup in the U.S.

Chief Executive Officer Travis Kalanick, 38, is dealing with a wave of criticism this week from remarks that one of his top lieutenants, Emil Michael, made about snooping on journalists. The situation took another turn on Nov. 18 when online publication BuzzFeed said one of its reporters was tracked by an Uber Technologies Inc. executive without her permission. Uber is now investigating that manager, a person with knowledge of the matter has said.

Uber in August hired David Plouffe, a former adviser to President Barack Obama, who now directs communications at the startup. The deepening debate suggests that Kalanick might need even more experienced hands to guide him and the San Francisco-based company, which is the most highly valued technology startup in the U.S.

“Uber has earned some frat culture publicity, and could benefit from hiring a woman on the board or an Eric Schmidt-type of executive,” said Brian Solis, an analyst at technology research firm Altimeter Group, referring to the former Google Inc. CEO who was brought in to aid founders Larry Page and Sergey Brin in the search company’s early years.

Minnesota’s Democratic Senator Al Franken, who is the chairman of the Senate subcommittee on privacy, technology and the law, also sent a letter yesterday to Uber asking for answers on the startup’s privacy policies.

Bringing in a seasoned executive is a well-worn management technique in Silicon Valley. Schmidt, a longtime software executive, led Google as CEO between 2001 and 2011, before he handed the reins back to Page. Facebook Inc. hired Sheryl Sandberg, an experienced Internet executive, as chief operating officer to help the social network’s founder and CEO Mark Zuckerberg, in 2008.

Other startups that haven’t installed experienced executives have run into trouble. Groupon Inc., the daily deals site formerly led by CEO Andrew Mason, turned down a $6 billion acquisition offer from Google in 2010 and went public in 2011 -- only to see its shares plunge more than 60 percent after a series of missteps. Mason was fired last year and replaced by an older co-founder, Eric Lefkofsky.

An Uber representative declined to comment yesterday and referred to 14 tweets that Kalanick posted on Nov. 18, in which he tried to distance the company from the controversy by calling the situation “terrible” and saying that he and his executives could learn from their mistakes.

Uber’s investors, who have pumped more than $1 billion into the company, defended the company’s management.

“I don’t believe Uber management needs to be replaced,” said Shawn Carolan, a partner at Menlo Ventures, which invested in Uber and where he is a board observer. “People don’t appreciate how stressful it is to grow at that speed; it’s just crazy. They aren’t sleeping and, absolutely, they are making mistakes, but generally they are very ethical and working very hard.”

Yet Uber’s stumbles this week are part of a pattern of missteps. Kalanick in an interview that ran in the March issue of GQ referred to the company as “Boob-er,” suggesting that running Uber had helped him meet girls. He also said in a recent article in Vanity Fairthat he tried to interfere with efforts by rival Lyft Inc. to raise funds from investors.

The controversy comes at a delicate time for Uber. The company is in early talks to raise about $1 billion at a higher valuation than the $17 billion it reached in June, when it garnered $1.2 billion from investors including Fidelity Investments.

Investors who are discussing potentially investing in the new round are asking questions about the situation, according to people with direct knowledge of the matter, who asked not to be identified because the conversations are private.

Users who say they are outraged by the incident have pushed a #BoycottUber campaign on social media, with the term surging on Twitter, according to Topsy Analytics. Some consumers also said they have deleted the mobile car-booking application from their smartphones.

John Colucci, a social media editor in San Francisco who has used Uber since 2011, deleted the app from his phone this week after learning about the executive comments.

“This week’s news has made me go from a lifelong customer to one who said goodbye, sayonara, for good,” Colucci said in an interview.

Michael Morgenstern, a writer in San Francisco, said he plans to now use Lyft to get around and has removed Uber’s app from his devices.

“I can’t support a company with a culture that treats its users and drivers as commodities and is so ruthless,” Morgenstern said.

Uber and its investors need to send a message to the public and fix its culture, said Paolo Parigi, an assistant professor in sociology atStanford University who does research on the so-called sharing economy that is enabled by applications such as Uber.

“My impression is that Uber’s culture is perceived to be sexist and bullish,” Parigi said. “Regardless of whether this is accurate, this perception could hurt them economically in the long run. Bringing somebody like Sheryl Sandberg on the board or in a top management position could go a long way to fix their issue.” 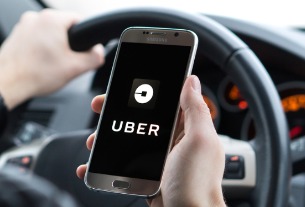 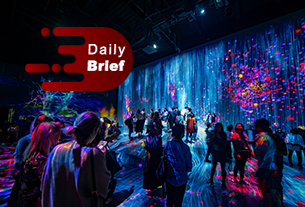 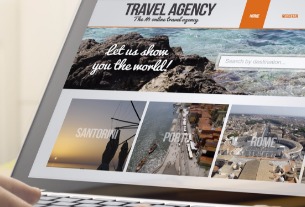