Trip.com Group’s Liang: Still premature to identify the best policy for opening up

China’s zero Covid policy and many other issues are being evaluated by travel companies as several other countries in the Asia Pacific region have loosened their restrictions and requirements to reopen their borders for foreign travellers.

ChinaTravelNews, Ritesh Gupta – Travel companies are anxiously looking at China to contribute to the recovery of the global tourism industry.

It is being hoped that China is going to come up with pragmatic steps to not only curb coronavirus cases, something for which the nation has been applauded time and again, but also revitalize the shredded tourism industry if possible.

The spike in cases in certain areas in the country remains a serious concern, but it is being assessed whether there is a way-out in the near future to do away with the decision to eliminate community transmission of the virus and somehow facilitate travel.

James Liang, Trip.com Group’s co-founder and executive chairman, felt that identifying the best policy, related to how or whether to open up or not, “is still premature”. He shared the same during the TravelDaily Conference, being held in Shanghai. What’s bringing a ray of hope is the fact that several countries in the APAC region are now finally indicating they are ready to live with the virus and looking beyond the possibility of zero cases and also opting to open their border. In fact, when one compares the rate of vaccination in a massively populated country like China with the likes of Thailand, China is better placed. So should China also change its stance and open borders and do away with the herd immunity policy? Liang isn’t sure about the same yet. At the same time, he felt that China can’t be an “isolated island” for too long.

Other than zero Covid policy, some of the other questions that must be delved into are:

• For how long the travel industry in China is going to bank on domestic tourism?
• Is arbitrary enforcement of local laws still proving a big obstacle for inbound tourism?
• What’s the status as far as outbound travel is concerned?
• Are Chinese visas only going to be mainly issued to those who have had a Chinese vaccine?
• Is the list of countries for foreign inbound tourists with non-Chinese vaccine going to expand soon?

In our interview with Chua Hui Wan, Travelport’s Head of Agency Sales for Asia Pacific, said, “We expect that Chinese authorities will take a cautious approach to lifting cross-border travel restrictions, prioritizing essential travel over leisure, and with differentiated restrictions for different destinations. We may also see measures like smaller group tour sizes which are easier to manage and pose less risk. Given these factors, outbound tourism from China will only resume at a gradual pace, while domestic tourism will continue to enjoy a tailwind with new destinations, new experiences, and new ways of attracting customers opening up – subject, however, to periodic restrictions as outbreaks ebb and flow.” It must be added that China has done a stupendous job as far as vaccinating its citizens is concerned. “As and when travel opens up, they (Chinese travellers) will likely pick destinations that have been successful in managing the coronavirus and which have high vaccination rates, given China’s own success in keeping Covid cases low.”

Vaccinated travellers are being increasingly welcomed everywhere. Liang pointed out that steps can be taken to improve inbound tourism even at this juncture in order to gear up better when things are fine. Liang said looking at how foreign travellers apply visa for a trip to China, there is a need to facilitate electronic visa, similar to what India does. He also said that a realistic target needs to be set when authorities think of stepping up foreign tourist arrivals per capita. Think of catching up with the likes of Singapore and Malaysia first in the APAC region. Thailand is quite ahead and should be a long-term target.

There were certain trends that were shaping up nicely prior to the pandemic, and these have only strengthened in the last 18 months.

Trip.com had worked out features to let shoppers customize their trips with packaged deals or additional value-added services for their convenience, such as travel insurance. As Liang mentioned, the company expects group tours and customized tours to remain in vogue. The packaged-tour business of the group had grown considerably prior to the pandemic. Packaged-tour revenue was RMB3.8 billion in 2018 and RMB4.5 billion in 2019. Liang mentioned that the team has been focusing on what is being preferred by small groups or in terms of customization, and the same might play an important role in serving travellers when they go abroad.

He also added that the team needs to keenly look at the demographic segmentation and plan accordingly. For instance, the relatively older generation, above 60 years age, might not be spending today, but today’s 50-year old has a different profile and propensity to spend. So 10 years down the line they would remain a target for travel spending. Also, with China formally revising its laws to allow couples to have up to three children, the industry, including hotels, now need to delve into their product, safety arrangement and other aspects as when family of five decide to travel or stay in a hotel. This is another segment that is going to present an opportunity but hotels, OTAs etc. would need to tailor their offering, too.

Trip.com is also counting on content and commerce to not only support those travellers who have already made up their mind about where to go and are looking for products their itineraries, but also those who aren’t looking to do so. Factors that are associated with trip planning have evolved owing to uncertainty that comes along with imposition of travel restrictions, so travel companies are looking ways to boost consumption. As Liang indicated, there are other aspects like inspiring people to travel or first offering them a coupon and then they plan a trip to utilize that coupon. This all could be done via popular tools such as live streaming in which Liang, too, has appeared.

Via its content ecosystem in China, the company is letting partners publish their content, list and promote products plus there is user-generated content that is automatically linked to the partner hub. The live stream channel is now an open platform featuring KOLs (key opinion leaders) in addition to industry partners.

Big online travel companies are looking to expand their share as the established players go deeper in China. Liang reiterated what he had said recently about the opportunity and the growth trajectory (he recently shared that in 2019, Trip.com Group accounted for nearly 13.7% of market share of the total domestic travel market in China). “(This market) still has ample room to grow as Chinese economy grows,” he had said. Liang said the supplier coverage continues to strengthen in China and this will further support penetration of online travel transactions in the country.

As for the competency of OTAs, Liang said the model will remain relevant as travellers look for “details, comparison shopping” etc. and OTAs also back up their inventory with service. The competition has been on the rise in the domestic market, but Liang is confident that Trip.com continues to stand out for its service quality.

Click here to view the virtual talk (in Chinese) 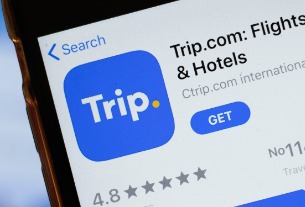 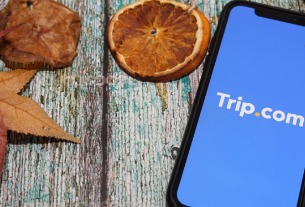