OYO has finally appointed a CEO for its China unit; The world's top 50 hotel brands are losing USD 14 billion in value.

ChinaTravelNews learned that OYO has finally appointed a CEO for its China unit. According to public information on LinkedIn, Mr. Gautam Swaroop, an Indian businessman in Shanghai, updated his occupational status as "CEO (China) at OYO China" on May 16. Mr. Swaroop has joined OYO since May 2020, according to his LinkedIn page. Mr. Swaroop had more than ten years of experience working at McKinsey & Co.

Hilton reopens all hotels in China

Hilton has reopened hotels in mainland China after closing them due to the coronavirus crisis, the hotel company said in a press release. Hilton closed 150 of its hotels in China in February this year, according to a report by CNBC . The company has a total of 255 properties in the Greater China region.

The hotel sector is heavily impacted by COVID-19 and brands could lose up to 20% of cumulative brand value, equating to USD 14 billion, according Brand Finance. This year Hilton remains the world’s most valuable hotel brand, up an impressive 35%. Airbnb is the most valuable leisure & tourism brand with a brand value of USD 10.5 billion.

Chinese hotel group Huazhu initiated a major plan for organization restructuring last week to pursue the company's ambition of strengthening domestic business while going global. According to the plan announced by chairman Qi Ji in an internal letter, the company will be restructured to include two organizing bodies, the parent Huazhu Group and the subsidiary Huazhu China. China remains key to the company's operation while Huazhu will continue its investments for international expansion.

Trip.com Group bought Dutch online travel agency group Travix from corporate travel giant BCD Travel in December last year. The deal which was closed in April 2020 gave the Chinese travel titan an Amsterdam-based set of brands, including Vayama, Vliegwinkel, and CheapTickets.nl. Trip.com Group may have decided that it was easier to acquire Travix, which has loyal customers in niche segments than to compete with Travix via its Trip brand.

Tongcheng-Elong, a major Chinese online travel agency invested by both Tencent and Trip.com Group, said its revenue dropped 43.6% to RMB 1,005 million (USD 142 million) in the first quarter this year. Net revenue for the second quarter is expected to decrease by 24% to 29%. Average monthly active users (MAUs) decreased by 25.5% to 148.4 million in the quarter. About 82.5% of the company's average MAUs were contributed from Tencent-based platforms.

Chinese online leisure travel firm Tuniu said it received a notification letter from the Listing Qualifications Department of The Nasdaq Stock Market, indicating that for the last 30 consecutive business days, the closing bid price for the company's ADS was below the minimum bid price of $1.00 required for continued listing.

China is taking steps in restoring its leisure group-tour activities by first allowing southern province Guangdong to resume intra-provincial group travel. But inter-provincial or cross-border tours are yet to be restored, according to the regulatory notice. The move is a minor but positive signal for the country to gradually restart its travel business.

China has acquired a 12.67% stake in budget airline Norwegian Air after the cash-strapped carrier underwent a major restructuring. BOC Aviation, owned by the Chinese government via subsidiaries including Bank of China and China Investment Corporation, has emerged as one of the new owners of the Norwegian low-cost airline. Norwegian Air's staffing subsidiaries in Denmark and Sweden filed for bankruptcy last month, a move that affected more than 1,500 pilots and 3,000 cabin crew.

United Airlines wants to resume passenger flights to China as soon as next month but is waiting on governments in Beijing and Washington, D.C. to allow it, an executive told employees Thursday during a virtual town hall meeting. In early February, United suspended flights to its four China destinations — Shanghai, Chengdu, Beijing and Hong Kong. United is the largest U.S. carrier to China, and the country is of strategic importance to the airline.

China's airline regulator will continue its strict guideline limiting each carrier to operate just one flight per week on each route to each country till October, reported local news outlet 21st Century Business Herald citing the latest notice issued by the Civil Aviation Administration of China. The rule was first announced in late March this year, two weeks after COVID-19 was announced a global pandemic.

Despite reports of restoration of capacity toward pre-COVID levels, China’s air transportation system is not likely to fully recover for at least another two years. This is based on a number of factors: pre-COVID traffic trends, current economic trends in China, and, importantly, a certain collapse of international leisure traffic, both inbound and outbound.

China and South Korea have asked Japan to join them in relaxing controls on business travel as virus cases tail off, the Yomiuri newspaper reported. Japan remains reluctant to loosen what are currently some of the tightest border controls in the developed world, which were introduced over the past few weeks in a bid to help contain the coronavirus. The country has seen far fewer infections than in the U.S. or parts of Europe. 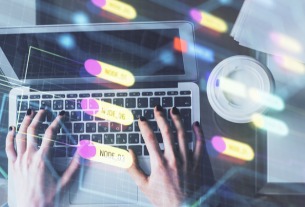 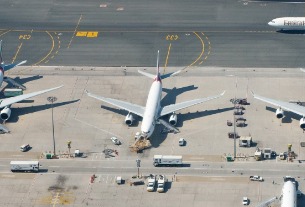