>> Hong Kong's tours and activities platform Klook reportedly laid off or furloughed more than 300 people and closed some offices amid the coronavirus pandemic. While the company would not confirm specifics, CEO Ethan Lin did acknowledge cost-cutting measures including headcount reduction, furloughs, and reduced workweek.

>> From offering tickets at the cost of a vegetable to multi-seat discounts, Chinese airlines are rolling out a series of deals to attract travelers in the run-up to Labor Day -- the first major holiday since the nation came to a standstill due to COVID-19. For example, China Southern Airlines' Xinjiang branch is offering multiple routes at just 10-20% of their original prices. According to VariFlight's data, airline operations in mainland China plummeted over 80% between the end of January and February.

>> Consolidation among Chinese carriers appears likely, given the “unprecedented challenges” that the global airline industry is facing. An HSBC Global Research report into the Chinese airline industry says it does not “rule out the possibility of further consolidation”, adding that the three largest Chinese carriers — Air China, China Southern Airlines and China Eastern Airlines — would likely lead such efforts.

>> Virgin Australia became Asia's first airline and the first long-haul carrier to fall to the coronavirus after the outbreak deprived the debt-burdened company of almost all income. Administrators at Deloitte will take control of the Brisbane-based carrier and seek to bring in new investors, reorganise borrowings or find a buyer to save the business.

>> China is in talks with some countries to establish fast-track procedures to allow travel by business and technical personnel to ensure the smooth operation of global supply chains. China last month blocked entry for nearly all foreigners in an effort to curb risks of coronavirus infections posed by travellers from overseas. 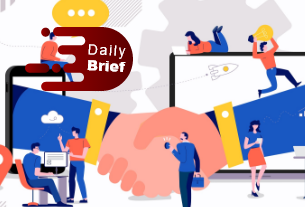 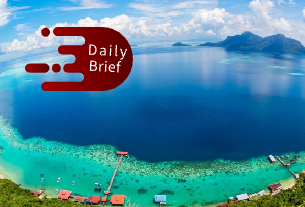