Wyndham will have a strong presence at ITB China 2018, the three-day b2b-show, connecting brand new products and innovative services of tourism with the best industry experts in one place.

Hotel industry giant, Wyndham Hotel Group announces that it has become the official partner hotel of the second edition of ITB China, which will take place from 16 to 18 May 2018 at the Shanghai World Expo Exhibition and Conference Center. A corresponding agreement was signed on 7 February 2018 by Mr. Leo Liu, President of Greater China Wyndham Group and Mr. David Axiotis, General Manager ITB China.

The hotel group will have a strong presence on the show floor of ITB China, the three-day b2b-show, connecting brand new products and innovative services of tourism with the best industry experts in one place. With becoming the official hotel partner of China’s new marketplace for the travel industry, the Wyndham Hotel Group Greater China further solidifies its position as a leading international hospitality company. Just recently, in late December 2017, Wyndham Hotel Group was operating 1400 hotels in China, with the number of guest rooms reaching 138,787. The group has been steadily expanding brands that are already on many preferred lists, such as the award-winning Wyndham Grand, Wyndham and Ramada etc.

As part of the partnership, ITB China’s hosted buyers coming from all over China to attend ITB China in Shanghai will be accommodated in Wyndham Hotels during their stay. In addition, the hotel group is offering special accommodation rates for ITB China 2018 in Wyndham hotels.

Leo Liu, President of Greater China, Wyndham Hotel Group China, said: “The very first ITB China was held in May 2017. It’s a platform that allows ITB to showcase its broad international vision, it’s rich exhibitor resources and highly-efficient operating model to the entire travel industry. As one of the international leading hotel groups, Wyndham Hotel Group is pleased to partner with ITB China, a leading international travel expo, in a premier event that offers a professional take on the travel industry in a joint effort to promote its development and therefore deliver better travel experience for Chinese travellers.” 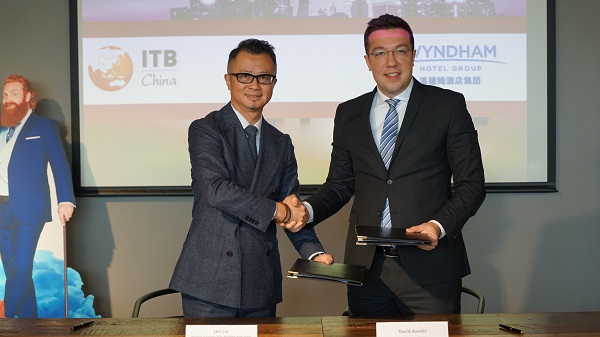 David Axiotis, General Manager ITB China, said: “The Wyndham Hotel Group reached the 1,000 hotels mark in 2015 in China. We are proud to collaborate with them as partners who understand their business and markets so well. It makes me confident this will be a win-win partnership for both ITB China and Wyndham.”

The Wyndham Hotel Group is one of the leading international hospitality companies in the world and operates an extensive collection of 8,100 hotels across 20 hotel brands in 78 countries. At the same time, to enrich its product portfolio in China, it is constantly introducing new brands such as TRYP by Wyndham, a stylish premier hotel in the historical city of Xi’an, as well as Wingate by Wyndham and Microtel which will be launched in the near future. Wyndham Hotel Group’s efforts in and contribution to improving consumers’ travel experience in 2017 have been widely recognized, as shown by the following awards:

• Best International Hotel Management Group in China; Leo Liu won the China Hotel Starlight Award and was named a Top 10 Person of the Year in the Chinese Hotel Industry.

• Best in Crossover Innovation in 2017; Leo Liu was recognized as a Top 10 Key Figure in the Chinese Hotel Industry in 2017.

• Best Employer In Hospitality Industry in 2017 and Wyndham Hotel Group was recognized as the 2017 “αi” high quality workplace.

Leo Liu, President of Greater China, Wyndham Hotel Group, joined the Wyndham Hotel Group in 2013. Previously he was the managing director of Costa Crociere S.p.A., where he was responsible for overseeing the development strategy in Asia Pacific.

Trade visitors may register for ITB China 2018 at here. 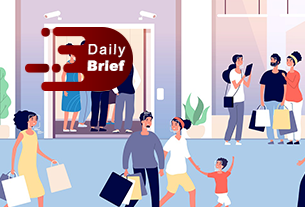 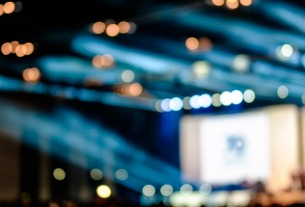 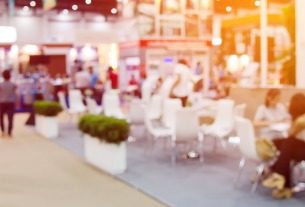