Home > > China’s traveltech charts its own course, direct connect being a prime example

China’s traveltech charts its own course, direct connect being a prime example

NDC is still a work in progress in China. But the likes of Alitrip, in conjunction with domestic carriers, have shown that blending mobile retail commerce and home-grown API is a prudent way.

ChinaTravelNews, Ritesh Gupta - Alibaba-owned retail commerce platforms are proving to be an attractive ally not only for domestic airlines in China. Even foreign airlines are increasingly looking at having their own so-called “flagship store” on the Alitrip platform to enforce their branding in Chinese society and to expand their e-commerce sales.

Alitrip today is hosting multiple flagship stores of domestic carriers; for example, China Southern Airlines has one for its air ticket offering, and another one for holidays. In total there are more than 30 domestic carriers that are associated with Alitrip. As for foreign carriers, the number currently stands at 15, including the likes of Cathay Pacific, Air France/KLM (first one to join from Europe), Air Asia, Korean Air, Asiana Airlines, Eva Air, Hong Kong Airlines, Ethiopian Airlines etc.

“We are soon going to add Air New Zealand and Etihad Airways, and they will have their dedicated stores on Alitrip,” shared Wells Zheng, Alitrip’s VP and GM – Air Ticket Business Unit. He added that the team is now looking at going beyond the Asia Pacific, Africa and Europe, as the plan is to list a carrier from the U. S. soon. 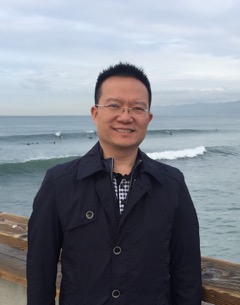 A new business model beyond distribution

The team at Alitrip asserts that the whole of Alibaba’s ecosystem isn’t just about transactions. Rather the base of 423 million annual active buyers on its China retail marketplaces can also be targeted for branding and promotions. To accentuate on the same, Zheng referred to Alibaba’s presence in the online video industry following the acquisition of Youku Tudou. He mentioned that in addition to transactions, airlines can also showcase their products through relevant content, and this can help brands to create awareness about their new offerings, be it for new aircraft or new route for Chinese travellers.

And of course, mobile commerce is an integral part of the consumer’s shopping cycle, with Alipay facilitating transactions within the ecosystem. In the 12 months ended March 31, 2016,more than 80% of GMV on Alibaba’s China retail marketplaces were settled through Alipay’s escrow and payment processing services. The group is also counting on its ability to serve brands, including airlines, through big data and cloud computing, and this is further resulting in growth in revenue generation via online marketing services and commissions.

Zheng said one of Alibaba’s strength lies in “applying data and cloud computing technologies in everything” done for customers.

A major highlight in this arena is the ability of the group to identify users across distinctive properties and devices. So if a user is accessing a Youku Tudou video on a PC and then switches to Taobao App for a product, the group asserts that it is equipped to evaluate unrelated data and attributes the data to a single user. This way travel marketers can be provided with precise information about user behavior and preferences.

The group is also in a position to monetize the booking funnel through push notifications sent on mobile. “Say if a customer has been granted  the Visa of France,  then we can target them with an air-ticket, hotels and travel packages (based on group segmentation) with the customer’s authorization for receiving the notifications,” shared Zheng.

Travel brands gain access to active users that are using various platforms of Alibaba. For example, Taobao Marketplace is an entry point to verticals such as online travel booking, operated under the Alitrip name. Another option is Xianyu, an avenue for second-hand auctions. Juhuasuan is for flash sales where Tmall and Taobao Marketplace merchants can plan special discounts and promotional events. Transactions from traffic originated on Juhuasuan are completed on the merchants’ storefronts on Taobao Marketplace or Tmall, according to the company.

Just like the ecosystem of Alibaba, which stands out for its blend of fintech, e-commerce and content (information), the local travel industry in China, too, has evolved considerably. Chinese carriers have chosen to connect on their own with OTAs or platforms.

Alitrip has Direct Connect agreements with many domestic carriers, and the company has forged ahead strongly in this arena. “We are forging ahead strongly as airlines’ preferred direct sales platform in addition to their own digital assets,” said Zheng. He added that IATA’s new messaging standard NDC is yet to gain traction in the domestic market, but still airlines have worked out direct connect API strategy with partners like Alitrip. This is not a new phenomenon as established carriers outside China too have worked out deals with technology providers that can offer agencies interface solutions to connect systems. China, too, didn’t wait for NDC, and spotted the opportunity on its own.

Assessing the situation, a source said, “Direct Connect is for airlines to provide travel management companies and agencies with the capability to link into their host reservation system for the facilitation of availability, shopping and pricing, booking, ticketing, and post-ticketing servicing transactions. NDC is a way to enable Direct Connect, airlines will be able to offer more and personalised products. Platform Flagship stores in China are very good examples of Direct Connect, the platforms are connecting to airline systems directly for product offerings and order management, so the Chinese market is quite advanced.”

Most of the Chinese airlines provide Direct Connect to OTAs or platforms at this stage. Direct Connect as a distribution option is yet to be fully exploited owing to lack of desired technical capability and the complexity of the market. “Both stakeholders - airlines and travel agencies - need to have the technical platform or technical resources to enable Direct Connect. The distribution market in China is very complex with so many players. For instance, OTAs or platforms tend to integrate their system with airlines’ systems, so the APIs are proprietary APIs.”

However, the tie-ups with foreign carriers feature content via the GDS route. “In case of foreign carriers, the GDS route is an established model and the technical support, too, is streamlined. So this particular option fits in well as far as foreign carriers are concerned,” said Zheng. Referring to NDC XML connectivity, he said this is still a work in progress in this market. “There is no established model as far as  NDC is concerned. Yes, airlines would like to be in better control of their product offering and can push non-air ancillaries when they work with indirect channels, but this has to be developed (technically) in conjunction with airlines.” 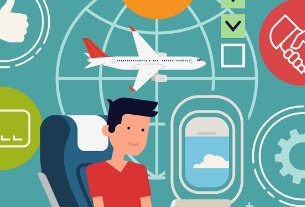 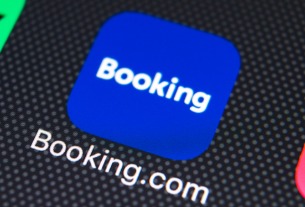 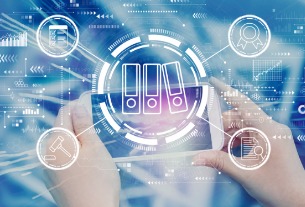 The evolution of the property management system (PMS)
©2020 广州力矩资讯科技有限公司 粤ICP备06070077号
Tell us more about yourself!