The arrival of Fuzhou Airlines is a direct challenge to Xiamen Airline’s long-standing dominance in Fuzhou.

When Hainan Airlines-backed Fuzhou Airlines made its maiden flight on October 17 last year, it  marked a major shift in Fuzhou aviation.

Before Hainan Airlines and Fuzhou municipal government jointly formed Fuzhou airlines, the Fuzhou market had been virtually monopolized by China Southern Airlines’ subsidiary Xiamen Airlines. With the arrival of the new airline, competition between the both airlines would sharpen, industry observers believed.

To counter Fuzhou Airlines’ encroachment, Xiamen Airlines pumped investments into its domestic operations and made plans to deploy 50% of the capacity added in the last two years in the Fuzhou market.

The arrival of Fuzhou Airlines is a direct challenge to Xiamen Airline’s long-standing dominance in Fuzhou. According to a source at Xiamen Airlines, Fuzhou is as important a hub as Xiamen for the carrier, with Xiamen Airlines cornering around 40% share of the Fuzhou aviation market. The carrier invests equally to build capacity for both hubs. At its highest point Xiamen Airlines had 26 aircraft stationed in Fuzhou. In 2013, the airline operated 35,000 flights to and from Fuzhou carrying 4.5 million passengers. It puts the carrier firmly in the lead among the 24 airlines operating in Fuzhou airport.

This means that challenging Xiamen Airlines is no small task. By end of this year, more than half of the 35 aircraft that the airline has added to its fleet In the last two years will be deployed to service the Fuzhou market. It is also implementing the plan to enhance Fuzhou’s national route network and adding more services to connect Fuzhou with popular provincial capitals like Beijing, Guangzhou and Chengdu. At the same time it is launching international air routes and plans to open intercontinental flights connecting Fuzhou with Tokyo, Frankfurt, Seattle, Vancouver and Sydney.

Meanwhile, Fuzhou Airport will boost its passenger handling capacity to more than 20 million people annually, through a two-phase expansion worth RMB1.95 billion  (approx: US$315 million), expected to be completed by end of this year.

One observer is skeptical whether Fuzhou Airlines could mount a viable challenge as it has only limited capacity in the initial stage with a fleet of just three to five aircraft. Also, it is still not certain if Fuzhou Airlines will get viable air routes, much less become profitable, as Hainan Airlines implements its distribution from a national perspective.

Civil Aviation University of China’s professor Xiaojin Li anticipates that competition in the whole Chinese aviation market will set off a new round of restructuring in the domestic airline market for the next five to eight years. Smaller airlines will be further disadvantaged, prompting small- and medium-sized carriers to scale up quickly in order to survive.   (Translation by David) 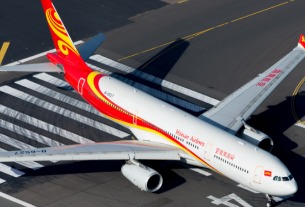 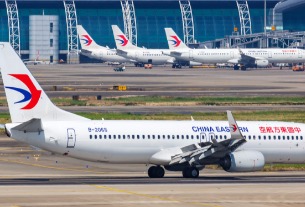