>> DidaTravel, a global hotel wholesaler based in China, announced that it has raised “hundreds of millions of yuan” in its Series B financing round. The round had Alibaba as the lead investor and was also participated by existing investors. The company said it managed to significantly reduce the pandemic impacts on business and ensure steady development. CEO Rikin Wu said DidaTravel will continue to operate independently.

>> Shares of Shiji Information Technology surged after it said that Ant Group's venture capital unit will invest RMB 450 million (USD 68.6 million) in the former's retail software unit. The companies have underlying links. Alibaba acquired 13 percent of Shiji IT's shares for RMB 2.4 billion (USD 370 million) in 2014 to become its second-largest shareholder.

>> Trip.com Group announced the launch of its Hong Kong public offering which forms part of the global offering of 31,635,600 ordinary shares of the company. The offer price for the offering will be no more than HKD 333 or USD 42.95 per ordinary share, which means the company could raise more than USD 1.35 billion. The company will start trading on the Hong Kong bourse from April 19.

The Company said it plans to use the net proceeds from the Offering to fund the expansion of its one-stop travel offerings and improve user experience, invest in technology to bolster its leading market position in products and services and improve its operating efficiency, and for general corporate purposes and working capital needs.

>> Residents made 102 million domestic trips over the three-day "Tomb-Sweeping" holiday, up 145% from the same period last year when the country was still reeling from the initial pandemic outbreak. Travel was 95% of the level in 2019, before the pandemic, according to a government statement. Despite the recovery, spending was still well down, with tourism revenue reaching 27.2 billion yuan ($4.2 billion), or about 57% of the level in 2019.

China could start easing international travel restrictions by next spring

>> Chinese people may be able to start traveling overseas with fewer restrictions next spring as the country pushes to inoculate at least 70 per cent of the population against Covid-19 by then, a medical specialist has said. “We think it is possible next spring,” Zhang Wenhong, the head of Shanghai’s Covid-19 clinical team, told the state broadcaster CCTV. However, the overall numbers vaccinated in China is still relatively low.

>> AirAsia, a Malaysian budget carrier aiming to be an all-in-one online travel agency, plans to launch more related services in China in the near future, according to a China Daily report. AirAsia's transformation is accompanied by changes in its shareholding pattern. The largest airline in Malaysia operated more than 800 flights per week in the Chinese mainland before the pandemic, connecting 57 international routes and 22 destinations.

Cathay Pacific to bring Hong Kong residents from the UK

>> Cathay Pacific stands ready to support the operation of special flights to bring Hong Kong residents home from the United Kingdom. Cathay Pacific says it also welcomes the relaxation of quarantine measures for customers returning from low-risk places, as this will help facilitate travel activities.

>> The portfolio composition of the world’s new “largest” lessor (the planned AerCap/GECAS merged entity) shows that the proportion of each of the most popular single-aisle and twin-aisle passenger jets managed by the largest lessor against the total lessor managed fleet in China. While there are currently close to 70 domestic and foreign lessors actively managing fleet in China, it is noteworthy that the proportion of new generation narrow-body and wide-body fleet managed just by the AerCap/GECAS combination in the Chinese market is so high. 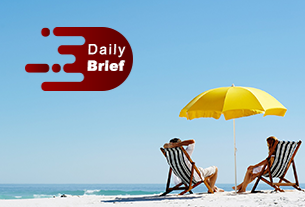 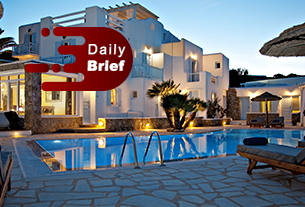 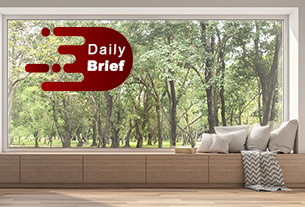