Bazin aims to grow earnings from its loyalty program to more than €100 million.

Accor reopened Singapore’s iconic Raffles Hotel last October as reentry into the Asia hospitality scene. It is a crucial part of Bazin’s global strategy for the world’s fifth-largest hotel chain by rooms.

While Accor has long used its budget brands as a major cash cow, Bazin, 58, is determined to push further into luxury, where margins are fatter.

“When I started six years ago, luxury was less than 20% in terms of revenue. It will be 50% of our revenue in 2020,” says Bazin in an interview before the coronavirus outbreak.

Asia is the regional focus for Accor now, says Bazin. Already the biggest hotel operator in Europe and facing stiff competition in the U.S. from Hilton and Marriott, Bazin sees Asia as ripe for expansion. China alone sends 150 million tourists abroad each year, according to government data, at least two-thirds to destinations in Asia.

Accor is on track to managing more than 5,000 hotels by the end of this year, up from 4,900 today. In Asia, a new Accor property opens every three days. “We believe that Accor hotels will continue benefiting from its well-balanced geographical hotel presence,” says Yi Zhong, an analyst at Paris-based AlphaValue.

With the hospitality industry under massive consolidation, Bazin must ensure Accor remains big enough to be the predator and not the prey. Getting Raffles back on the market is a leg up on Accor’s biggest rivals—Marriott and Hilton—by building a constellation of accommodations that keep loyal lodgers constantly coming back and owners happy. “Every brand we add gives us another opportunity to seduce an owner,” says Bazin.

Bazin needs owners and brands, due to its “asset-light” model of managing hotels rather than owning them—more than 90% of Accor’s hotels are operated as management agreements and franchised (up from 59% when Bazin came in). After selling 58% of its real estate holdings in 2018 to a group of investors that included Singapore’s GIC and Saudi Arabia’s Public Investment Fund for €4.6 billion ($5 billion), Bazin has been buying up hotel brands to round out Accor’s stable, expanding it since 2013 from 14 of Accor’s familiar brands like Mercure and Pullman to a bench of more than 30 that includes Fairmont, Swissôtel and Raffles.

In 2015, he led Accor’s $2.9 billion purchase of Canada-based FRHI Hotels & Resorts (the “R” in FRHI originally stood for Raffles). The group was studded with luxury gems, such as the Raffles chain, the Fairmont chain, the Savoy in London and the Plaza Hotel in New York.

To further woo luxury travelers, Bazin needs to beef up Accor’s membership program, similar to what Marriott has been doing with its Bonvoy program. “What we want to do is retain our customer base,” says Bazin. “It costs so much to acquire customers that whenever they stay with you, make sure you follow them and give them whatever they want outside of the hotel.” Starting this year, Accor will introduce a revamped loyalty program across all its properties called ALL—standing for Accor Live Limitless.

Loyalty programs have been an increasingly important revenue source for the big chains—Marriott’s Bonvoy generates a roughly 6.5% return on investment and 50% of the chain’s hotel booking. Bazin aims to grow earnings from its loyalty program to more than €100 million. “It’s not good enough, but it’s so much better than €6 million right now,” he says. 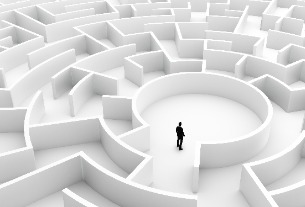 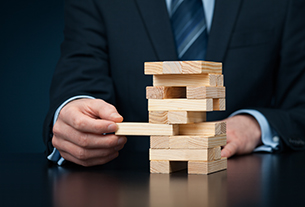 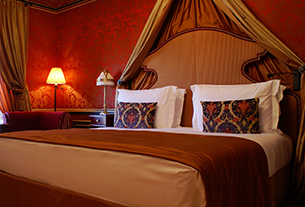 Accor presses fast-forward on luxury transformation
©2020 广州力矩资讯科技有限公司 粤ICP备06070077号-2
Tell us more about yourself!