Developing an aircraft that can pass regulatory scrutiny is complicated enough, but equally challenging is the need to prove to airlines that the model will turn a profit.

ChinaTravelNews, Jerry Tang - While technological advancements have made travel easier in an increasingly connected world, it still takes more than 10 hours to fly from one continent to another.

Reducing flight time by using faster jets will be a boon for time-precious frequent corporate travelers. Flying faster than the speed of sound (343m/s) has long been proved feasible after Major Charles E. Yeager of the U.S. Air Force completed the first supersonic flight in 1947 by a research plane.

The supersonic passenger plane Concorde, jointly built by British and French aircraft manufacturers, was retired just three decades after its first transatlantic journey in 1973 for multiple reasons. That however didn’t spell the end of the aspiration to facilitate faster, safer and more sustainable global travel through new technologies.

Mr. Norris Tie, a Stanford MBA graduate and aerospace engineer from UCLA, had wanted to make faster planes to shorten long-haul journeys since his high school years. Born in California to mainland Chinese parents, Mr. Tie had to travel regularly between China and the United States to see relatives since childhood, and he found the long flights unpleasant. He decided 10 years ago to figure out a way to build faster jets.

In June 2019, he founded his startup Exosonic in San Jose with the goal of building a supersonic plane for airlines by 2030.

For the first six months since inauguration, the first aircraft design was completed (see picture below) and the company is now working on the second iteration of the design.

Exosonic plans to make a prototype in between 2025-2027, and then take the certification flight tests of U.S. regulator Federal Aviation Administration (FAA) in between 2027-2030. Mr. Tie thinks the goal of having the first commercial service within 10 years starting from pencil design is “aggressive but not totally impossible”.

The dream of reviving civil supersonic flights is shared by many: companies like Boom Technology, Aerion Supersonic and Spike Aerospace are all vying to build a new and more viable supersonic aircraft, without repeating the demise of Concorde.

The Concorde was retired nearly two decades ago because of the high cost of meeting environmental restrictions on sonic booms, inefficient fuel consumption, and arguably, growing safety concerns after the crash of Air France flight 4590 in 2000.

One major hurdle for airlines and regulators to re-embrace supersonic flights is the sonic boom - a thunder-like noise that people on the ground hear when an aircraft flies overhead faster than the speed of sound.

The U.S. Congress re-authorized the FAA in 2018 to set the noise standards for supersonic aircraft, and the proposed rules are expected to be published by the end of March, 2020. The FAA will work on noise standards for sonic boom loudness around 2025 to allow for supersonic overland flight, rather than a over Mach 1 speed limit. The international noise standards and certification developed by the United Nations' aviation regulatory body ICAO (International Civil Aviation Organization) are expected to be introduced sometime between 2020-2025.

Exosonic claims that it will mute the sonic boom, and in doing so, potentially add three times more overland air routes for operating supersonic flights, in addition to around 339 overwater air routes. Adding a significant number of viable supersonic flight routes will help improve the profitability of operating this type of jet.

“We would consider muting boom a pretty important part of the company’s technology. However, the core technology is integrating and designing the aircraft while also considering all the different constraints and challenges of supersonic flight,” Mr. Tie commented. “It [the boom-muting technology] is a very important part, but it's not a silver bullet or the one solution that makes everything work.”

The goal of making supersonic travel less noisy has been pursued by various commercial and research organizations. In 2018, NASA selected aerospace technology firm Lockheed Martin to build the X-59 Quiet SuperSonic Technology (QueSST) aircraft on a USD 247.5 million contract. In December 2019, the QueSST aircraft was cleared for final assembly and scheduled for its first flight test in 2021.

Mr. Tie said he worked on that program before starting the company. “As far as I'm aware, it's strictly a research vehicle funded by NASA,” Mr. Tie said. “They're setting the noise standards, and so we would like to meet these low-boom noise standards, so that we can at least pass the regulatory limit. But so far the regulations are not set yet.”

Exosonic is exploring the solution in partnership with Stanford University, which is doing the research on an open-source basis. But the company intends to adopt the open-source solution and make a proprietary version of it, according to Mr. Tie.

Developing an aircraft solution that can balance all the constraints on safety, noise and environment and pass regulatory scrutiny is complicated enough, but equally challenging is the need to prove to airline companies worldwide that the model will appeal to passengers and can also turn a profit.

Exosonic plans to build an aircraft that carries 50-70 passengers and travels 5,000 miles at Mach 1.8 (1.8 times the speed of sound, or 1,381 miles per hour). This means it will take just around 3 hours to cover the 3,470 miles flight distance between New York and London.

The company’s calculations show its aircraft will be profitable for airlines. Assuming a carrier purchases an Exosonic supersonic plane for USD 250 million and operates it for 20 years, with 335 days of service per year and four flights per day. The revenue per flight will be USD 102,000 and the operation cost per flight will be USD 75,000. The airline will generate an annual profit of more than USD 20 million on the plane. Exosonic noted that these numbers are all subject to change, given the early stage of development.

Based on this calculation, the average airfare will be around USD 1,457-2,040 per journey. Will this set of pricing and service appeal to a large number of passengers? Studies have shown that consumers’ expectations for travel transport efficiency can vary greatly on different premises.

A research by global travel data provider OAG finds that 37% of all travelers are willing to wait more than four hours on a layover for a connecting flight just to save USD 200, and that number jumps to 55% for millennials - which indicate that people -  particularly young people - are willing to wait in order to save money. However, another survey by the same organization shows that 48% of the travelers would be willing to pay up to 25% more on airfare if a supersonic jet can take them to their destination twice as fast.

Mr. Tie said the company’s jet is designed to serve a very specific and niche consumer group – high-ranking corporate travelers or passengers that occasionally need to get to some long-haul destinations quickly to attend an urgent meeting, close an important deal, see a close relative who is ill or for other emergencies.

A race with time

Exosonic aims at delivering its first commercial jet as early as 2030, which is still a while away. One of its major competitors Boom Technology previously intended to begin commercial service in 2023 but later revised the timeframe to 2025-2027. The latest report by CNBC indicated that Nevada-based Aerion Supersonic, another competitor of Exosonic, expects to begin flying its AS2 supersonic jet by 2024 with its patented technology “boomless cruise”. Aerion is in partnership with General Electric.

Exosonic is a few years behind these competitors on commercial schedules. Will it be too late for Exosonic to catch up with its rivals and gain a foothold in the market by then? Mr. Tie does not think he is too far behind.

In the coming decade, the company still needs to recruit more talent for the team, but it might be a challenge for the startup to recruit more team members and scale up, given the risks and uncertainties for achieving the long-term prospect of developing a supersonic aircraft that can eventually pass the impending regulations and rules, win the trust of global airlines and prove its profitability in the travel consumer sectors.

Mr. Tie said the company will leverage all the academic and professional networks available to hire experienced people. Exosonic currently has former/current executives from American and Japanese airlines as the company’s advisors. They can also provide connections to reach more talent or team up with more partners in the airline business. Mr. Tie declined to comment if the company has reached out to Boeing or Airbus, the two leading global aircraft manufacturers, for potential partnerships.

Funding is also an important factor for the half-year-old Exosonic.

Colorado-based Boom Technology has so far raised more than USD 140 million in the six years since its establishment, including strategic investments from Japan Airlines and Trip.com Group. Once commenting on the company's investment on Boom, Trip.com Group's chairman Mr. James Liang said, "we want to improve the experience of travel and shorten the distance between destinations. Supersonic aircraft can be a very hard and high-risk investment, but that's what makes it count."

Mr. Tie said Exosonic is always seeking support from investors, though the company has already generated some revenue on its own research and development work for certain governmental organizations.

When asked about the key criteria for the company’s ideal investors or partners, Mr. Tie said, “First and foremost, they have to believe in the long-term future of this plan.” 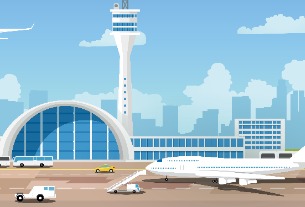 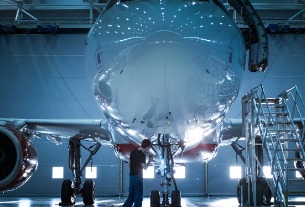 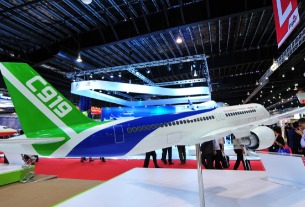