China Travel News has learned that Tongcheng and eLong have entered into a new round of strategic cooperation.

There had been a number of speculations of mergers and acquisitions in the online tourism market over the years, but few has caused the same ripples as the current realistic speculation about the Tongcheng and eLong merger.

Tongcheng was quick to deny the rumor of the Tongcheng-eLong merger and subsequent listing of the single entity on the A-share stock market, after Tongcheng was split into Tongcheng Travel and Tongcheng International Travel Service earlier this year.

However, China Travel News has learned recently that the strategic cooperation has finally set in motion.

The paths of Tongcheng and eLong have crossed for a long time. In 2014, Tongcheng and eLong  held a joint press conference on launching their strategic cooperation, which was perceived as a united front against their mutual rival Ctrip. The move was reversed later as Ctrip became Tongcheng’s second largest stakeholder with a USD 220 million investment, and eLong was unexpectedly sold to its rival Ctrip by Expedia in 2015.

Three years later, Tongcheng and eLong are joining up again, which makes for a great business story. Industry insiders believe that the deal is more than just about eLong and Tongcheng, but also involves Ctrip and Tencent. Once Tongcheng eLong have merged, it is reasonable to list it on the A-share stock market and to further tap the supply end. As a matter of fact, Tongcheng Travel has invested in Lijiang-based Blossom Hill and plans to become a shareholder in Hongtu Airlines, with more moves in the hotel industry in the offing.

If the merger comes to pass, attention should be paid to the following issues:

1) Who is the winner? Tongcheng or eLong?

Mergers involve integrating management teams. Which side, Tongcheng or eLong, will take the lead? Will they have a joint CEO?

2) What business will be merged?

Tongcheng has just seen its first profitable month for the last 43 months. The Tongcheng-eLong merger could generate a small margin of profit, which will be beneficial for future financing and listing. However, Tongcheng’s travel agency business will likely be devolved.

3) What will happen to Wanda?

Since Ctrip and Tencent hold stakes in Tongcheng and eLong, their involvement in the management of the merged company seems logical. Then what about Wanda, the major shareholder of Tongcheng? Will it continue to be involved with a minority stake? Having withdrawn from the tourism and hospitality industry, Wanda seems to be beating retreat. Will the shareholders of Wanda convert their stakes into Tongcheng’s travel agency? If not, who will take over from Wanda?

4) What happens at the capital level?

As the transaction volume of the merged Tongcheng and eLong may still be smaller than that of the merged Fliggy, Dazhong Dianping and Meituan, how attractive would be Tongcheng-eLong in the capital market as the fourth largest OTA? Would investors flock in? Would having Ctrip as a major shareholder become an obstacle for its listing because of the competition against the shareholder in the same space?

In response to China Travel News’s inquiry about the merger, the PR department of Tongcheng said: “Reports about Tongcheng and eLong’s capital issues are unfounded. We will provide updates on our capital operation as it happens.” 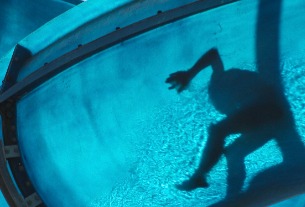 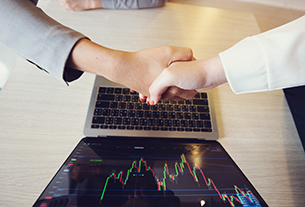 Trip.com chairman acquires a minor stake in Tencent-invested OTA
©2020 广州力矩资讯科技有限公司 粤ICP备06070077号-2
Tell us more about yourself!