ChinaTravelNews, Nicole Sy - Even as the world economy slowed the past few years, the appetite for travel remained, and nowhere was it more evident than in China. But many fear for the future of China’s outbound travel amid an economic slowdown as it has begun to lose steam. “As was the case in Q1 2016, growth in total Chinese outbound journeys has slowed (in Q2) to single digit year-on-year figures, where double-digit results had previously been the norm,” writes COTRI, the China Outbound Tourism Research Institute’s most recent press release on August 2016.

What will happen to the once bright spot of the tourism industry? How much will it be affected by economic factors? Gene Quinn, founder and CEO of travel news site, Tnooz tackles these questions at the TravelDaily 2016 conference in Shanghai, China, with a panel of experts from each corner of the industry. 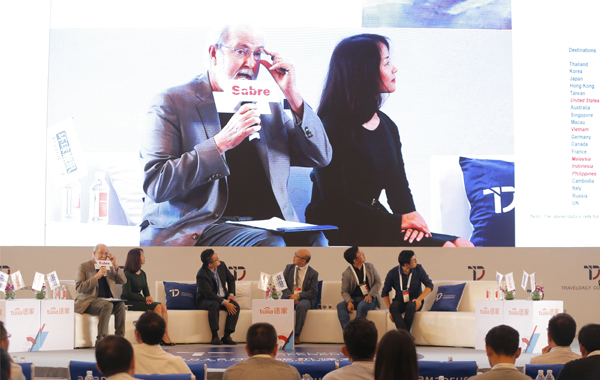 On the panel are Oliver Hua, Booking.com’s Managing Director of Asia Pacific; Leo Lin, the Chief of Staff of TripAdvisor China; Adam Li, Vice President, China, Emirates Airline; Brian Chien, Amadeus’ General Manager and Chief Representative, China; and Zhaohui Li, Director of the German National Tourist Board, Beijing Office. All have come together under one roof for this yearly TravelDaily conference to an auditorium packed with attentive audience members.

A report from Goldman Sachs profiled the Chinese traveler and concluded that some of the highest interest in travel is from mostly young travelers. What was referred to earlier in the conference as the silver spoon generation, they are “primarily college-educated Millennials and members of China’s growing middle class,” noted the report.

According to Zhaohui Li from the German National Tourist Board it‘s less about the economic situation, but other factors like security, or difficulty in obtaining visas that have played a role in slowing growth of Chinese visitors to Germany.

Only 4% of Chinese have passports, according to the Goldman Sachs report, a sticking point for Amadeus’ Brian Chien. Additionally, there’s the difficulty for Chinese travelers to gain visas for long haul destinations, though that is slowly easing as interest to travel farther increases. Alitrip has capitalized on this market and started offering visa tools for ease of applying, and others are sure to follow, Amadeus’ data reveals.

Oliver Hua of Booking.com still sees the general trend of more Chinese travelers traveling abroad, but where they are coming from is changing. “Five years ago, 90% of our customers came from China’s top 3 cities, Beijing, Shanghai, Guangzhou. Now we see more and more coming from Tier 2 and Tier 3 cities,” he says. Those travelers have different demands from those from Tier 1 cities. “Many from Tier 2, or 3 cities have no international credit card, so they require Wechat Pay or Alipay as payment methods, for example.”

Focusing on the consumer, the panelists agreed that it was not effective to think of the Chinese travelers as one marketing cohort. There isn’t just one demographic, but many different segments.

“Last year, we did a study analyzing the global traveler tribes,” says Chien of Amadeus. “We basically outlined six different psychographic groupings. Out of the six, three were identified as the Chinese outbound traveler. What we see is beyond the traditional China grouping of mass travel. That’s from yesterday. From now until 2030, these trends are emerging, and in order for travel agencies and airlines to thrive, they need to speak to these psychographic groups.”

Another challenge is increasing customization, according to Leo Lin to TripAdvisor China. “Chinese travelers are lazier than Western travelers who will carve out their own plans,” he explains. For Chinese travelers, they ask for itineraries of friends who have gone to the same destinations before so they can follow what they did. “We find this very interesting so we would like to make the right recommendations,” says Lin.

For Emirates airlines, it’s more about marketing the brand as a lifestyle choice in these uncertain times, says Adam Li. “When you think of travel, you should think Emirates. We try to do something unique to differentiate ourselves,” he outlines. “For our (Airbus) A380 flights, we have a suite and a spa. You can even take a shower in there. The lounge in the back of business class and the bar is full of people all the time. We try to penetrate branding by good product, good service.”

Particularly popular with the increasingly connected Chinese travelers is the free Wi-Fi onboard. “Lots of Chinese travelers, they use Wechat, to post photos, to share with their friends,” says Li. “It’s helped us a lot. A lot of people recognize our product first then they want to try our service.”

When it comes to connectivity, Chinese travelers are recognized for being exceptionally so. “Our strategy is that mobile is really the priority channel,” says Hua of Booking.com. Based on Booking.com’s data, more travelers are acting spontaneously and booking at their travel destinations. “It’s a global trend, and we are seeing Chinese doing this more recently. For a lot of Chinese tourists, mobile is their first screen.”

“For TripAdvisor China, mobile is our top priority, and is the most used in travelers’ destination points,” says Lin. TripAdvisor’s acquisition of tour distributor, ViaTour, provided more insight on in-destination bookings. “The thought before was about 80% will book tours before getting there. But now, more than 50% of bookings are made in the destinations 2-3 days before the tour,” says the chief of TripAdvisor China. Their goals are to first build excellent mobile infrastructure then provide more content and product on the mobile device.

But with China’s advanced mobile marketplace, some destinations just aren’t at the same level when it comes to offerings. Zhaohui Li makes the case in Germany, where educating partners in there is part of their strategy to mitigate the slowing growth of Chinese travelers. “We are focused on the one hand, to educate partners in Germany how to serve Chinese travelers,” she says. “In China, we are discussing with trade partners how to give more travel information to them. We have new Apps like Shopping Germany, but we have a long way to go for that same level as China.”

Time will tell whether these strategies will boost the market for outbound tourism, or if it will continue to mimic the sluggish economy. 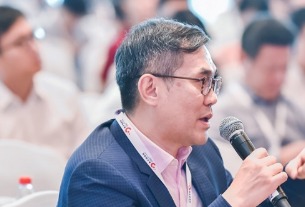 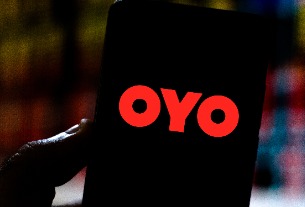 What does OYO mean for the Chinese hotel industry? 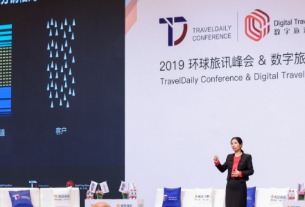