Indirect offline distribution has opened up for foreign carriers in the last couple of years. Air France KLM is making the most of its association with offline and online agencies built over the years to maximize sales.

ChinaTravelNews, Ritesh Gupta - Foreign airlines have been preparing assiduously over the years for China to open up and pave way for indirect distribution, for instance, to sell ancillaries and add-ons via the travel agency point-of-sale screen as done in other markets.

Till few years ago the travel distribution market was completely closed. Since the publication of the CAAC CRS regulation in October 2012, the market has gradually opened up. China was a closed market to all foreign GDSs or global distribution systems. With gradual deregulation of the market in the last couple of years, Air France, KLM and Lufthansa, were among the first international airlines to obtain approval to ticket via a GDS in China.

And if we look at where things stand today, the industry has come a long way.

“As far as Air France KLM is concerned, almost every service can be sold by our authorized agents, starting by billing and ticketing airline tickets,” Sylvain Grados, Sales Director - Greater China, Air France KLM told ChinaTravelNews.com in an interview. He added ancillary services “are not available in Travelsky and there is no plan to develop such a facility”.

Organizations such as Air France KLM, Travelport, Amadeus and Marriott have made diligent efforts to understand local language needs and worked out tailored solutions, for instance, ensuring travel providers are able to serve Chinese travellers by offering them the option to pay with established online payment systems.

There are professionals who have closely seen the whole transition to the point where the market has reached today.

Grados is one such experienced executive as far as China is concerned.

He has been leading Air France KLM Chinese sales teams since 2013. This is his second posting in this country after being in charge of Eastern China region in 2006-2009.

“To describe my mission, I would start by stressing my role of transmission between headquarters and local sales teams. Make sure our sales policies are understood and applied, but also give feedback to headquarters on the relevance of those policies within Chinese market context. My second role is to focus on people development, making sure we retain talents within our organization and above all develop them. The other day, one of our top agents was praising the loyalty of our staff, I believe it clearly shows how our airline understands importance of long-term relationship while doing business in China,” Grados said.  The last area of focus is to define sales strategies, although this is not a one man show as only a well-functioning and empowered team can manage to grasp such a complex environment, he added.

Airlines today are looking at being in control of their content and offer. With IATA new messaging XML standard NDC gaining traction, what would Grados like to highlight in China?

“Within these last 10 years, we can identify a certain number of steady trends and evolutions. One constant has been the growing consolidation among travel agencies, especially among the major wholesalers, so-called consolidators. Tour operating market is no exception to the rule with now a couple of giants holding majority of the market,” said Grados.

He added, “Evolution is the recent development of “e-platform” which makes the distribution market becoming ultra-competitive, since any agency can immediately reach out the whole sub-agent market in posting its offer of service online.” He also pointed to change in “customer taste”. According to Grados, the “Chinese traveller looks for more freedom with development of individual travel by opposition of travelling in group”. Developing original and flexible travel content is becoming a major factor of differentiation among tour operators, he says.

As for online distribution, even as GDS companies have been signing content and technology-related deals with OTAS in China, foreign carriers, too, are making their moves.

Grados shared, “We have initiated this year a partnership with Alitrip which is quite promising as it is a real second website for us as customers make direct bookings. (Direct connect is with Alitrip only).”

Air France KLM is looking at consistency in what it has to offer.

Grados explained the same and said the organization has been strengthening its central team by having more people with nation-wide market responsibility. It also requires from the different sales teams more efforts in terms of coordination. “The market is now that fluid that an offer made on Chengdu market can rapidly be proposed to customers from Shenzen area and vice versa. We need to be extremely vigilant in ensuring consistency in our approach to the market while at the same time finding the right balance between a nationwide and local approach. We recognize the power of the China market as a whole, while we also count on the support from our smaller players who have the local market insights.” He added, “With regards to local requirements, as a truly “glocal” company, we believe important to recruit local talents, give them challenges and eventually make them grow in occupying different positions including other country or headquarter ones.”

Even though the OTA and TMC sectors are growing, the Chinese market remains above all a wholesaler and to a lesser extent tour operating market.

“Together with the speed of development and the sheer size of the market, this tends to create situations where airlines don’t know where their passengers are coming from and passengers lose track of their airline and their products between all the different options. This leads to ineffectiveness and in the end: unhappy customers. Our challenge is to look for a more sustainable way of working with our agents in which it is clear what value each players adds in the value chain,” explained Grados. “In China, like in every other market, in the world, we favor a business model where travel agencies get paid by their customers for the service delivered.”

As to how airline distribution evolved with partial deregulation in China, there has been a mixed experience.

“I can only offer testimony for the last 10 years but from what I can see, the market conditions evolved in both positive and negative ways. As a strong believer in virtue of competition to ensure right price is eventually proposed to customers, we can welcome Amadeus arrival in the GDS market and replacement of the basic commission mechanism by a service fee based model,” he said. “Once said that, last year we saw a relative increase of fare abuse which obliged us to take sanctions against some travel agencies. Already press related several examples of passenger complaints with regards to ticket price proposed online supposedly cheaper and where the unfortunate passenger discovered later he has been abused since ticket itinerary purchased was not in line with his initial wishes. Hopefully, actions we put in place seem to have produced results and this kind of abuse tend to disappear now.”

The main value-add of offline intermediaries is their expert advisory and planning role for their customers. This role will remain relevant even as the industry evolves in the multi-channel and multi-device shopping environment.

“Despite the different advantages of the multi channel and multi device shopping environment, the needs of traditional service model meaning via travel agents are still there, and will be for long term, especially for the company, government segments, even leisure travel, but the agents need to focus on delivering proper services upon request, and find way to be more competitive,” said Grados.

To accentuate on his point, he shared a recent incident. “The other day I needed a ticket for a private visit to Mongolia. I contacted a travel agent who immediately referred me to the airline website, according to him it would be cheaper. So I did. It took me almost a whole evening to book my tickets for later discovering by chance a visa was needed to fly there. If for basic domestic trips, it is difficult for a small agent to compete with best on-line offers, for international ticketing, proximity and service remains important factors in the customer choice.” 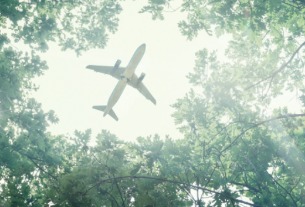 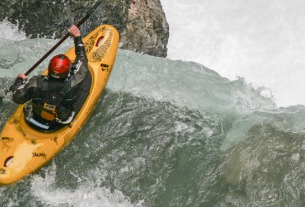 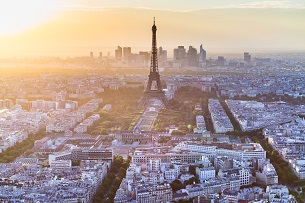 Air France ordered to curb competition with rail in France
©2020 广州力矩资讯科技有限公司 粤ICP备06070077号-2
Tell us more about yourself!