Hotels need to act fast and prudently to deal with fragmentation in distribution
06/01/2018|7:39:30 AM|ChinaTravelNews

ChinaTravelNews, Ritesh Gupta - The increasing fragmentation in the hotel distribution landscape is forcing foreign hotel companies to dig deeper before they start garnering bookings from relatively new channels, including ones that are part of Tencent and Alibaba ecosystems.

WeChat’s mini-program, Meituan Travel app, a flagship store on Fliggy etc. are examples of channels that have been activated for bookings. Foreign hotel companies have managed to integrate their central reservation system or CRS to feature real-time available rates and inventory. But not all hotel companies are ready yet.

A hotel chain based in Asia is cautious about going ahead with adding new channels in the distribution mix at this juncture.

"Every marketer would attempt to be where their customers are. We are on Google, TripAdvisor, Facebook…because our customers are there. But equally important is sustaining what a brand stands for, any new channel or a platform is extension of the same," shared a senior hotel distribution executive. "We can’t afford to ignore Fliggy. There have been meetings with the Alibaba team, as they are reaching out to companies based out of China. It is clear that we need to align ourselves and be ready for what the platform requires for us to capitalize on the opportunity."

The same executive cited the example of Alibaba's Fliggy, citing two reasons for being guarded.

Preparedness as per the model of the channel: "Fliggy isn’t an OTA. As a platform, where brands can open flagship stores, it is sort of a self-service offering for brands. That’s not the way travel suppliers such as hotels or airlines have been associated with 3rd party intermediaries, say OTAs. OTAs promote the property, target customers we aren’t able to reach out to or target brand agnostic travellers. They capture the demand for hotels or airlines. In case of Fliggy, the onus is on the brand to work out pricing, promotions…how to participate in any campaign," explained the source.

Managing rate disparity and revenue leakages: "Internally we need to assess the distribution dynamics. Our offering is being sold by OTAs on the same platform, too. As has been the practice, online intermediaries tend to buy from 3rd parties even though a direct contract could be in place with us. Their reasoning is that they have to compete with the cheaper wholesale rates that are available in the market. If the price shown on any indirect channel, including Fliggy, isn't what it is supposed to be then we aren't ready to go ahead. This definitely has implications on how we price ourselves to different partners," said the source. "Already we can see that way rates are being leaked to even the key OTAs now that is forcing brands to put squeeze now on what kind of margins brands are going to offer to wholesalers and bedbank partners. So there is already consideration regarding how this is going to play out because if our rates going to OTAs then why the original party that leaked these rates are being given higher margin or lower static rate. We intend to capitalize on the platform but at the same time we can’t afford to endanger our 3rd party intermediary relationships in China. These are the issues we are grappling with. But there is no question that we have to get on it (being present on Fliggy, WeChat etc.)"

The dependence on indirect distribution can't be ignored considering the fact brand.com isn't as streamlined for most hotel companies as the way they are used to outside China. Hotels themselves need to find a way out when it comes to allotment of inventory to control pricing better across offline and online channels. Hotel companies need to spot vital "price violations" and also evaluate at a property level. Accordingly, action can be taken against 3rd party partners, who deviate from the published rates.

From a wholesaler's perspective, Daryl Lee, CEO, Asia Pacific, WebBeds mentioned that suppliers count on tapping demand from those markets where they can't allocate resources or can't expect a desired RoI even if they do so. "Not easy (for hotels) to work out a presence in every market," he said. Commenting on China, Lee said, "Dynamics are similar in all the markets - it is about dealing with fragmentation, complexities and trying to manoeuvre around different players, understanding various technology platforms as well as dynamics of capabilities and focus of emerging players or even relatively older ones (if they tend to change their model, for instance, Ctrip signing a deal with Hyatt to open their first flagship store on the OTA's website and mobile app)." 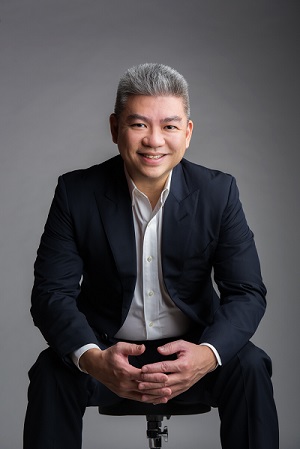 Lee added that in one year's time the change has been quite remarkable in China.

Charles Wang, Assistant Vice President, IDeaS, China Region, too, added that there is a lot of innovation in distribution in China. "Things change fast - Ctrip, Meituan, Fliggy etc. come up with new ideas frequently as customers are changing. Around 75% of people who book online are under-35 years of age. The lead time is coming down, less than seven days for international trips. Hotels need to understand trends such as "Bleisure" (mix of business and leisure) and how do they define "younger" generation," he said. Wang added that hotels need to forecast accurately - by evaluating booking time, room types, market segment etc. "We look into room types or channel performance. Comparing OTA vs. brand.com vs. WeChat etc., hotel companies can look into areas such as price sensitivity, lead time etc. So should there be a package on Ctrip, and how should it be different from one on Meituan," he said.

On the leakage aspect, Wang said hotels are becoming stricter with pricing structure and inventory management.

WebBeds' Lee added that it is imperative for them to understand what their buyers are looking for and what are suppliers' objective. "Hotel companies need to be in control of their distribution. As partners, we work in sync with a hotel's sales and marketing strategy and evaluate commercial aspects of distribution to ensure that pricing and brand strategy are well managed." He added, "We have invested a lot in infrastructure and make sure the functioning of our partners is aligned to distribution requirements of our suppliers. We keep a track on this (issues like leakage) and actively address the same," concluded Lee.