On October 17, HNA Group has officially announced in Beijing the launch of a comprehensive strategic transformation. HNA plans to integrate its businesses in technology, investment, financing, services and other areas and all online and offline resources to reinvent itself as a world-leading operator in the modern service industry. The group unveiled digital tourism platform HiApp in the press conference, marking the beginning of its digital transformation.

In the hotel space, its subgroup HNA Hospitality Group has invested in or is operating a number of hotel brands, including Hilton, Radisson and NH, with a total of more than 1.2 million rooms in over 8,000 hotels at home and abroad. In the tourism sector, HNA Tourism Group owns China’s leading outbound tourism brand Caissa Touristic, which operates more than 260 offline stores across China. 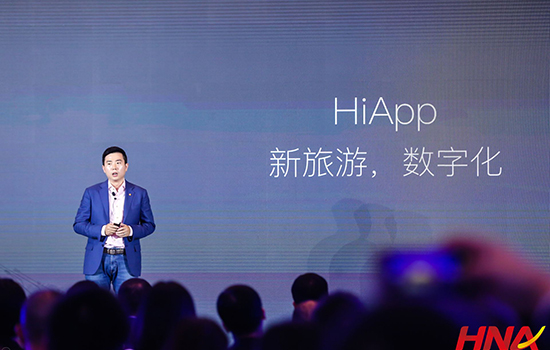 In spite of well-established resources in airlines, hotels and travel agencies, HNA has always been in need of an online platform that can effectively aggregate and connect resources across the entire industry chain. HiApp will serve this function as the key element of HNA’s digital transformation. HiApp will go live by the end of 2017.

HNA Group announced it would spend 50 billion yuan to facilitate digital transformation across the entire tourism industry by supplying public service products like "Venture Cloud" for innovative companies and start-ups, and by providing services for innovative enterprises that offer unique services and technical capabilities.