Travel is becoming a "human right" and not just a "human need". For both the wealthy and the middle class, travel is by far the preferred leisure pursuit. The rapid development of the luxury market in China and Asia is sending ripples through the entire industry.

The rise of the Chinese traveler has been perhaps the story of the last decade – and will certainly have a continuing impact on the decade ahead. This huge market is beginning to mature, writes Hong Kong-based Giovanni Angelini, bringing about specific challenges he discusses here. But he also asks: is the hotel industry ready for the next generation of Chinese tourists?

In general, the growth of the Chinese economy is slowing compared with the growth over the past 10+ years, but travel, within and outside of China, is still robust and growing year after year, supported by investments in new airports (including improvements in air space management), as well as in general infrastructure and logistics, airlines, ports etc. To this must be added of course the increased disposable income and spending power of the Chinese people.

Chinese tourism development is no longer in the early stages. China is progressing very rapidly toward its goal of becoming a big economic and cultural power, and it will make a huge impact on the pattern of the global travel and tourism industry. China (including several other Asian countries) will continue to set trends and standards for creativity throughout the entire hospitality industry.

Travel is becoming a "human right" and not just a "human need". For both the wealthy and the middle class, travel is by far the preferred leisure pursuit. The rapid development of the luxury market in China and Asia is sending ripples through the entire industry.

Increasing life and work pressure, together with concerns over issues such as food safety and pollution, are prompting well-off Chinese to pay increasing attention to health-related issues, to increase the frequency of their check-ups, be more attentive to their diet, participate in more sports activities, and change the overall look and feel of their leisure time.

When talking about China, we are talking about huge numbers – close to 100 million outbound tourists in 2014 (a number that is expected to grow to 200 million by the year 2020). It is also important to understand the saving habits – indeed, the savings "culture" – of the Chinese population, and of the wealth there that is reported and that which is "hidden".

From the Hurun report, the top preferred destinations for leisure travelers within and out of China are the following:

Group travelers primarily still have two things on their mind: sightseeing and shopping. However, for an ever increasing number of people, gambling (in Macao, Singapore, Nevada and other locations) has been, and will remain, one of the key reason to travel outside of China.

As concerns wealthy travelers, "challenging" tourist destinations with more prominent features are becoming a new trend among Chinese super-tourists, like the Arctic and Antarctic, Kenya, selected cruises, and similar tours. In 2013, the so-called super-tourists travelled abroad on average four times, totaling 36 days away from home, with more than 60% of this time spent on leisure travel. What's more, this category of traveler spent, on average, well over US$ 100 thousand per person per year: attractive statistics to many in the hospitality business! Other very fast-growing trends are the "real estate buying" holiday and "education/schooling" tours, both mainly aiming at destinations in the West, in particular Australia, the USA, and the UK, with other destinations on the rise, too.

Gifting remains very important for Chinese travelers, with jewelry topping the list of preferred items, followed by branded luxury fashion items, expensive red wines & spirits, watches, health care products, and electronic or other gift items either not produced or not available in China. To be noted that in a few key destinations like Hong Kong, Macao, Singapore and others, there has been a drop in spending by Chinese tourists compared to previous years. One of the reasons for this is that Chinese are now travelling to more destinations and have become smart shoppers when it comes to price and value.

Online social media remains the most popular source of information for potential leisure travelers out of China, followed by TV and newspaper news, and "word of mouth" which is becoming very important.

What impact are the Chinese having on the hotel industry? In most part of the world, luxury hotels have recovered from the global recession far more quickly than other economic sectors. Most of this is attributed to the new sources of business from the developing nations, with China clearly leading the way. Research shows that when choosing a hotel, Chinese travelers give top consideration to location, followed by brand, then price. Nota bene: price comes 3rd.

As for the situation of the hotel industry within China, the country is experiencing an oversupply of top-of-the-line 5-star deluxe hotels in most areas. This is a result of developers wanting more quality hotels/brands combined with the many new multi-purpose developments, bringing about low occupancies and very competitive rates in markets challenged by an oversupply of upmarket properties. With the fast growth of the middle class, demand is currently more for mid market/mid price hotels that can be developed at lower cost and which can generate better ROI. Also to be noted is the fact that the government, which has been was one of the best customers of top-of-the-line hotels, has made dramatic cutbacks on entertainment spending, and this is impacting most of the 5-star hotels in the country.

It is a fact that more than half of the luxury hotels being developed by the world's most recognized groups are in the Asia-Pacific region, and most of that area's new projects are in China. The hotel industry, including in China as well as the rest of Asia, is facing a problem that they have not yet dome much to address: namely, how must the industry respond to the likes, dislikes, and expectations of the future travelers from the fast developing economies? This includes a wealthy clientele, with China at the forefront, which will be better traveled than their predecessors and much harder to please. In particular, the younger generation represents a challenge as they will start traveling differently. So there is a bit of work to be done by the industry…. 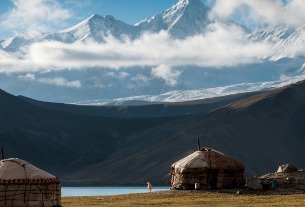 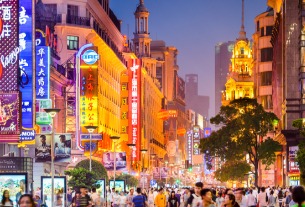 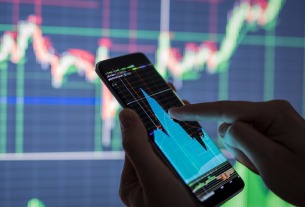