There is still a significant proportion of flights in airlines schedules through to the end of the year which appear unrealistic and will almost certainly be canceled yet.

While the past 4 or 5 months have been tough times for airlines and airports, the same has been true for suppliers to the industry. An example of this is the fuel suppliers which are on standby, ready to refuel aircraft in their often-short turnaround time.

Early on in the pandemic, as OAG frequently reported, airlines struggled to plan schedules around travel restrictions imposed at short notice and plummeting demand. One of the immediate reactions by airlines was that flights would be cancelled, either within hours of the scheduled departure time, or they would be withdrawn from the schedule days and weeks ahead.

Through, March, April and May this led to a huge amount of schedule variation but, thankfully, through the summer airlines seem to have been able to avoid those last-minute flight cancellations we were seeing. 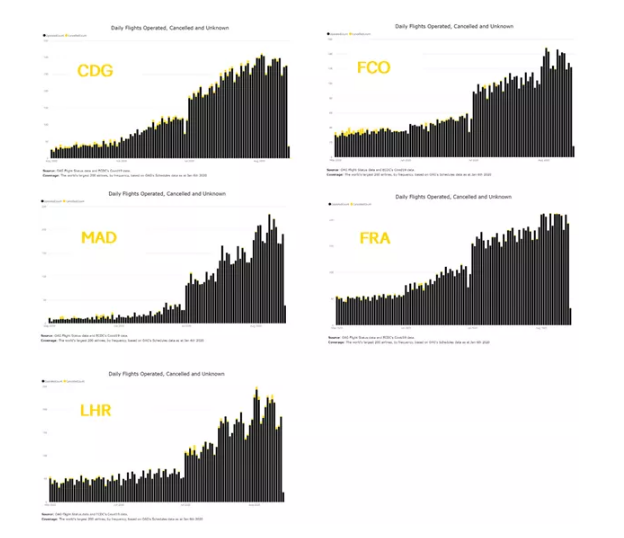 Across Europe, as the charts above show, flight departures have increased steadily since the beginning of May but cancelled flights – shown in yellow – have been minimal.

This is good news for suppliers such as fuel companies, which were using the schedule to plan their airport operations. OAG heard many stories from customers of the costs incurred by planning their resources around a schedule which they knew might well be amended. But this is isn’t to say the schedule isn’t still changing a matter of days or weeks before a flight departure.

The charts in Figure 2 show the daily flights in the schedule for each of five prominent European airports for the last 2 weeks of August 2020. Using OAG’s ‘snapshot’ feature, each chart shows the planned flights at 4 points in time – as of the 27th July schedule, again at the 3rd August schedule, then the 10th August and, the most recently, 17th August. It’s clear that in each case, capacity is still being reduced by airlines in the weeks before a flight is scheduled. Admittedly, the biggest reduction came between 27th July and 3rd August, so at least 2 weeks ahead of the planned flight departure and hopefully leaving a little more time for airport and airline suppliers to adjust their staff rosters.

Figure 3 shows the flight reductions made each week for a specific day, the 17th August 2020. The biggest adjustment was made at London Heathrow, where scheduled flights were reduced by 26% over the 3 weeks before the flight. 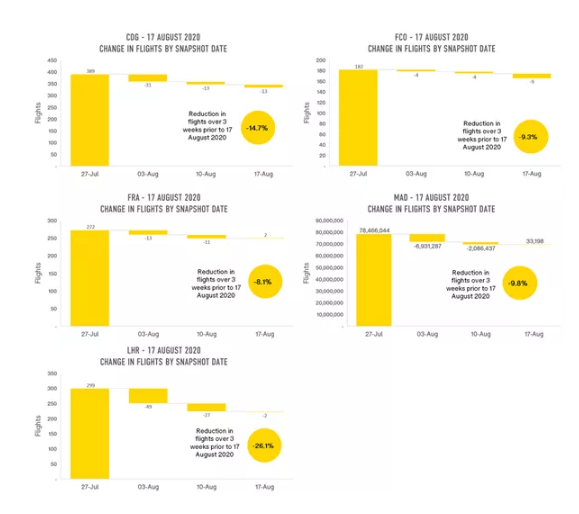 As the weeks go by, and as more clarity emerges around consumer demand, it is hoped that airlines will get a better fix on their forward schedules and enable suppliers to plan better. However, it does appear that there is still a significant proportion of flights in airlines schedules through to the end of the year which appear unrealistic and will almost certainly be canceled yet. Good luck to those resource planners! 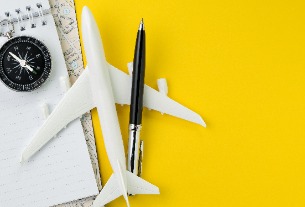 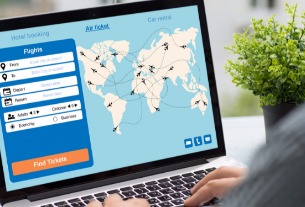 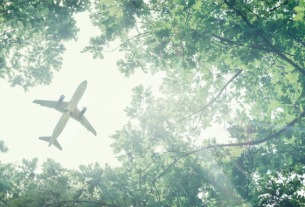 Asia Pacific accounts for 41% of global scheduled flights in August
©2020 广州力矩资讯科技有限公司 粤ICP备06070077号
Tell us more about yourself!