Its latest initiative, the Fliggy live stream, is an astute integration of its informational and commercial successes.

Most of the six million annual visitors to the British Museum brave the crowds only to settle for an obscured glimpse of the Rosetta Stone. On June 30, however, Chinese fans of Egyptian archeology enjoyed the artifact unencumbered by needling elbows or cellphones held aloft as the London institution hosted a two-hour live stream on Fliggy, the travel subsidiary of tech giant Alibaba.

Closed since Mid-March, the live stream, hosted on the apps of Fliggy and e-commerce platform Taobao, toured pristine, vacant galleries offering the 370,000 viewers much-appreciated exclusivity - many filled the comment section with witty quips on skipping lines and beating the crowds. The move is in line with the enterprising spirit of the British Museum which has repeatedly prioritized connecting to Chinese audiences in recent years.

After developing a strong social media presence on WeChat and Weibo throughout the 2010s, the museum has ventured into e-commerce and became the first international museum to launch on Alibaba’s online retail platform Tmall in 2018. Aside from enhancing its profile among Chinese cultural devotees, selling hieroglyphic jewelry, Hokusai stationery, and collaborative creations with Chinese brands is highly lucrative — it made $51 million in its first year online. Its latest initiative, the Fliggy live stream, is an astute integration of its informational and commercial successes.

In May, Fliggy partnered with tourism boards across Finland, France, Germany, Serbia, and the United Kingdom and ran a five-day live stream campaign that included a wildly successful tour of the Palace of Versailles (the Weibo video has more than one million views). 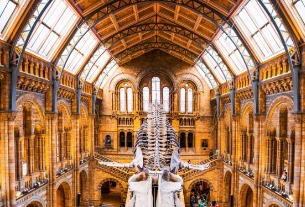 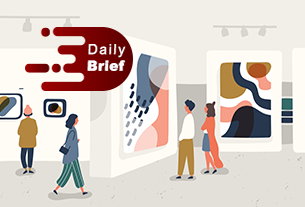 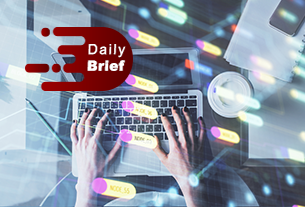