China reports another plunge in tourism revenue as recovery drags on

China’s struggle against the economic overhang of the coronavirus is far from over.

Renewed limits on social activities has dampened the pace of recovery, as evident from the nearly 69% drop in tourism revenue during the three-day Dragon Boat Festival that officially ended Saturday.

This year, the roughly 48.81 million tourist trips during the festival brought in revenue of 12.28 billion yuan ($1.73 billion), according to China’s Ministry of Culture and Tourism. That marked a drop of 68.8% from the 39.33 billion yuan in tourism revenue during the festival last year, which fell in early June. Nearly 95.98 million tourist trips were made then, according to official figures.

“Tourism and other activity data from the past Dragon Boat Festival holiday (25-27 June) suggest that the recovery in services sector remains weak for some understandable reasons,” Ting Lu, chief China economist at Nomura, said in a note. He pointed to increased social distancing measures and consumer confidence “clouded by elevated uncertainty and high unemployment rate.”

China is trying to shift its reliance from exports to domestic consumption for growth. With international borders largely closed, the hope is that the billions of dollars spent on foreign tourism last year will now be redirected within China. Official figures estimated that in the first half of last year alone, Chinese tourists spent $127.5 billion overseas, primarily in other parts of Asia.

But figures indicate Chinese still want to spend on vacations, even if restrictions made it difficult for travel in and out of the capital city. A two-day jaunt to a nearby destination within the country will also typically cost less than a week-long overseas shopping expedition.

* Airplane ticket searches and bookings for the latest Dragon Boat Festival recovered to 70% of levels seen last year, according to Ctrip.

* Reservations for hotels rose 15% in June from the prior month, and more than 60% of travelers booked products from four or five-star hotels, Ctrip said.

* Tencent-backed Mafengwo reported an explosion in demand for customized tour packages and local tourist destinations, while noting searches for “camping” and related terms were up 122% in June from the prior month, according to state media.

* Shanghai, the southern city of Guangzhou, the southwestern city of Chengdu and Sanya city on Hainan Island were the top four places of departure and arrival for air travel, according to Ctrip.

* Shanghai Disney Resort and Emperor Qinshihuang’s Mausoleum Site Museum in the city of Xi’an were among the 20 most popular destinations, according to Ctrip.

McKinsey expects that if all tourism spending shifts to domestic markets, the value gained for China is $238 billion, versus a drop of $52 billion for the United States. 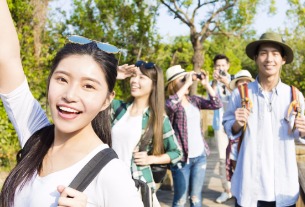 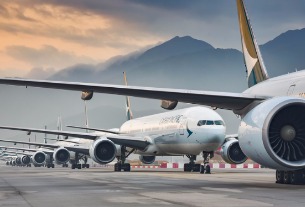 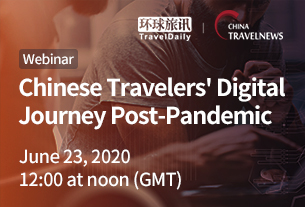 Stay relevant in the digital customer journey post-pandemic
©2020 广州力矩资讯科技有限公司 粤ICP备06070077号-2
Tell us more about yourself!