Home > > China Southern won’t bring A380 back to U.S. flights this summer

China Southern won’t bring A380 back to U.S. flights this summer

A greater loss would be the A380’s smaller cargo hold compared to the 777.

China Southern aims to relaunch its China-U.S. network on July 1 with 38 weekly flights, including 12 to Los Angeles, but it will not bring back its Airbus A380.

Los Angeles in 2012 became China Southern’s first international A380 destination, and Guangzhou-Los Angeles has been its only year-round A380 route. Amsterdam and Sydney have seasonal A380 service. China Southern is still planning its upcoming schedule, including opportunities from new airport Beijing Daxing.

The large increase in U.S. flights indicates China Southern is planning – if not exactly July 1, then in the near future – for Chinese authorities to lift restrictions limiting airlines to one weekly passenger flight per country.

That could allow Delta Air Lines and United Airlines to increase their U.S.-China flights, which have been blocked to the U.S. government’s frustration.

Its resumption also includes A330s on three weekly Shenyang-Los Angeles flights and 787s on other U.S. routes, according to a preliminary schedule submitted to the U.S. and subject to change.

China Southern never regularly flew the A380 to other U.S. cities, although it previously considered sending the type to New York. Instead it chose to increase frequency with smaller aircraft.

The nine weekly Guangzhou-Los Angeles 777 flights could theoretically have the passenger capacity consolidated to a fewer number of A380 flights, albeit with less schedule flexibility.

A greater loss would be the A380’s smaller cargo hold compared to the 777.

The global decrease in flights has reduced capacity for air cargo, about half of which is transported in the bellies of passenger aircraft.

China Southern’s five A380s did not fly between early February, the start of the outbreak, and late March, when the one weekly rule took force. (One aircraft flew a single Beijing-Guangzhou service in mid-February.)

Since then the A380s have flown to Amsterdam, London, Sydney and Vancouver, according to Flightradar24 data. 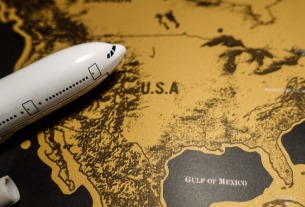 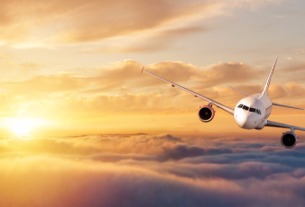 Delta and United ready to return to China as international routes slowly resume
©2020 广州力矩资讯科技有限公司 粤ICP备06070077号
Tell us more about yourself!