In order to maintain brand awareness, many companies have put forward miles and points awarding activities.

With travel at a standstill, several U.S. airline and hotel loyalty programs have taken steps such as extending status through next year, reducing the requirements to obtain status for 2021 and delaying point expirations.

"Loyalty programs that are built on travel, when travel comes to a halt, they need to think of ways to stay top of mind," said Nick Ewen, points and miles editor for the Points Guy.

As of April 8, Delta, United, Alaska, Hilton, Hyatt and Best Western were among the travel brands that had announced that members with loyalty status would keep their levels through 2021. United and InterContinental Hotels Group had reduced 2021 accrual requirements for those who don't already have status. Various companies, including American, Wyndham and Radisson, had temporarily halted point expirations.

Another example is Russia's S7 Airlines, which is running a promotion through April 30 in which customers can earn 100 of its Priority program miles each day simply by clicking an "I'm home" button on its website.

Seth Miller, editor of the airline-focused passenger experience website PaxEx.Aero, said travel loyalty programs should also leverage partnerships while people are staying at home. By way of example, Miller said that he has made Home Depot purchases through the United app in the past in order to accrue MileagePlus points. Armed with that data, the MileagePlus program might want to push an advertisement to him about home improvements. If Miller were to then shop Home Depot online using MileagePlus points, it would give United the dual benefit of remaining relevant while moving those points off its liability sheet.

"The most important thing is that the loyalty programs aren't just about getting passengers on planes or heads into beds," Miller said. "They are really a branding experiment."

Ewen said he expects that loyalty programs will, in fact, make redemption cheaper as the Covid-19 crisis starts to lift. He also noted that Hyatt canceled plans that had been set for March to alter its awards chart by adding peak and off-peak pricing.

Still, said Ewen, it will be important for loyalty programs to discount with caution.

"You don't want to do bargain basement, because that can shift the mindset of the consumer as to what the price should be," he said. 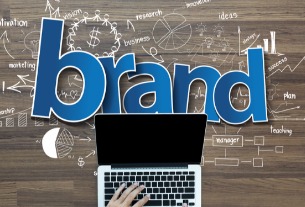 Global hotel industry to be more brand-heavy in 2025 Airbnb searching for TV exec to run video effort
©2020 广州力矩资讯科技有限公司 粤ICP备06070077号-2
Tell us more about yourself!