The company expects net revenue to decrease by approximately 42% to 47% in Q1 due to coronavirus.

On the Group’s standalone basis

On a combined basis The solid growth of the user base and user retention rate has brought Tongcheng-Elong continuous growth in business volume. The GMV for the three months and year ended December 31, 2019 reached RMB41.3 billion and RMB166.1 billion, representing a year-to-year increase of 19.7% and 26.3%, respectively.

As of December 31, 2019, approximately 85.6% of registered users resided in non-first-tier cities in China. For the year ended December 31, 2019, approximately 62.4% of newly acquired paying users in Weixin were from tier-3 or below cities in China, which increased from 61.1% over the same period of 2018. In addition, the average MAUs in the native APPs recorded a faster growth than that in Weixin channel in the second half of the year 2019, mainly due to the expanding investments in marketing and R&D resources.

The outbreak of COVID-19 at the end of January 2020 has greatly impacted the travel industry and other industries. As a major player in the travel industry, the company is inevitably affected as it presents short-term challenges to the development of the business. Based on the currently available information, for the first quarter of 2020, it expects net revenue to decrease by approximately 42% to 47% year over year, and the adjusted profit to be positive as a result of adoption of effective cost-saving measures. The above are preliminary estimates which have not been reviewed by the Company’s auditors and the Audit Committee, and are therefore remain subject to change.

As one of the market leaders, it also sees opportunities created by the force of changes. In face of challenges posed by the COVID-19, it will focus on the core strategy, operate on cost-saving mode, act on the uncertainties and hunger for opportunities.

Immediately upon the outbreak of COVID-19, the company has launched a dynamic set of initiatives to fulfill the responsibilities and obligations towards the community, to protect the users and employees, as well as to help the suppliers.

On the user front, it launched policies of refund and changes without penalties, echoing the government’s precaution measures and suppliers’ policies. It has opened up a self-service online cancellation function to fast-track refund and changes as well as joining hands with the business partners to set up an emergency fund to guarantee timely refund. The company has also provided users with COVID-19 related insurance free of charge. As a socially responsible and accountable enterprise, it worked with an online medical platform to provide online medical consultation for free. The company also rolled out an inquiry service with the advanced technology, allowing users to check whether there are any COVID-19 diagnosed patients in the train or plane he/she took. To pay tribute to the medical workers, it gave out one-year “Black Whale” paid membership to all the medical workers across Mainland China free of charge. To facilitate the resumption of work across China, it initiated a Return to Work Platform to provide customized bus transport services for enterprises with a high concentration of returning workforce. On the supplier front, it established an Ark Alliance (方舟聯盟), an initiative for us to promote tourist spots through online marketing for allies free of charge. The company launched a “Safe Room” initiative to ensure the safety of hotel guests.

For the employees, Tongcheng-Elong started an online safety reporting system to collect health data of the employees to understand their health conditions and evaluate the situation of the Company. Although it instantly extended holidays and launched a work from home policy once the COVID-19 outbreak occurred, many of the staff, especially the customer service team and the product development team, actually worked days and nights to provide the best services to the users and to upgrade the products and services during this difficult period, so as to prepare for the recovery in the future. 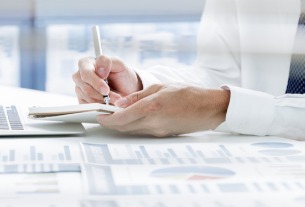 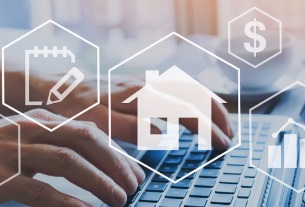 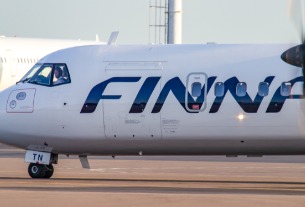 Finnair optimizes product sales cooperating with TravelSky and Tongcheng-Elong
©2020 广州力矩资讯科技有限公司 粤ICP备06070077号
Tell us more about yourself!