Some overseas cruise lines' decision to exit the Chinese market has more to do with their business errors than with Chinese customers or domestic market demand, tourism experts said on Thursday.

NCL recently announced that its Norwegian Joy cruise liner will leave China in April 2019 for the waters of Alaska after sailing in China for just about one year. The ship will be replaced by another NCL vessel, Norwegian Spirit, which will sail seasonally in China starting from the summer of 2020. This means that the company's services will be absent from the Chinese market for about one year.

Sapphire Princess, a cruise ship owned by Princess Cruises, exited the Chinese market in April 2017, according to media reports.

The underlying problem lies in the companies' mistakes in the Chinese market, as they tested the waters in China recent years.

One mistake was that overseas cruise companies often hired Chinese travel agencies to be in charge of selling cruise tickets, which meant that travel agencies were eating into a big proportion of the profits, Wang Jianmin, a research fellow at the Tourism Research Center of the Chinese Academy of Social Sciences, told Global Times on Thursday.

Outbound and inbound cruise passengers from 11 cruise ports in China rose 5.5 percent in the first eight months of this year, according to a report published by the China Cruise & Yacht Industry Association in mid-October. 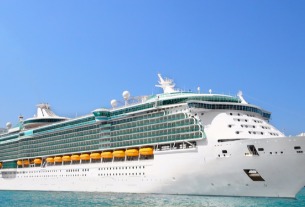 Vaccine news is good, but marketing fills ships
©2020 广州力矩资讯科技有限公司 粤ICP备06070077号
Tell us more about yourself!