The Hong Kong-based startup announced its biggest ever round of funding – a $60 million series C investment co-led by Goldman Sachs and existing investors Sequoia Capital and Matrix Partners.

Eric Gnock Fah started Klook in early 2014 to focus on the bits not covered by all the flight, hotel, and rental-booking sites – the actual fun part of the holiday. Like activities and days out – amusement park tickets, guided tours, a day of skydiving.

Today the Hong Kong-based startup is announcing its biggest ever round of funding – a USD 60 million series C investment co-led by Goldman Sachs and existing investors Sequoia Capital and Matrix Partners. That’s on top of the USD 37 million it has raised since launching.

Klook connects with tour and activity providers around the world, giving holidaymakers an easy way to see what’s available in their locale. Covering more than 30,000 travel activities in over 120 destinations, it sees 1 million monthly bookings from around 50 countries, with most of its users in Asia. The startup now has 400 staffers – double its headcount at the start of the year.

The co-founder and COO is leading the company’s expansion with 13 offices across the continent. He’s also establishing new bases in the US and Europe, which will become operational early next year. Goldman Sachs will play a role in guiding this expansion to Western markets. 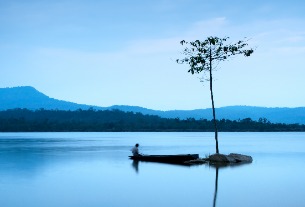